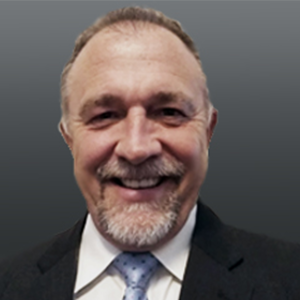 Patrick is our Senior Growth Manager. He retired from the United States Air Force after 23 years, having served in a variety of assignments including Assistant Commandant at the Defense Language Institute-Foreign Language Center; Commander of the 311th Training Squadron, Attaché to the US Embassies in Rome and Tirana and as a Detachment Commander at Hurlburt Field where he also performed duties as a Direct Support Operator.  He served as a SIGINT Officer at both Airborne and Ground units ​and was an Intern at the National Security’s Junior Officer Cryptologic Career Program.  Patrick was also an Air Force Foreign Area Officer and a certified Intelligence Community Civilian Joint Duty Staff Officer.  He helped stand up the ODNI National Virtual Translation Center under the FBI after 9/11.  He also spent six years at the Transportation Security Administration supporting the Office of Global Strategies during the Japanese Earthquake, Tsunami and radiation events in spring of 2011.  Patrick then moved to the Office of Intelligence and Analysis’ where he ran the nation-wide Field Intelligence Officer (FIO) Program.  He holds a BA in Modern Languages from The Citadel, a BS in Liberal Studies from Excelsior, a MA in Modern Studies from Loyola University in Maryland and is a graduate of the Air War College. In his personal time, he enjoys salt water fishing, traveling and watching college football as well as Premier League soccer.